In 2015, Sasa Sestic won the World Barista Championship with a coffee that had been washed carbonic macerated, an innovative fermentation method. Two years later, he has his own farms and is consequently even more interested in fermentation.

In fact, last month, he spoke at Re;co in Budapest on the impact of controlling fermentation on flavour development, coffee quality, and price sustainability. He agreed to provide us with some information about his presentation. 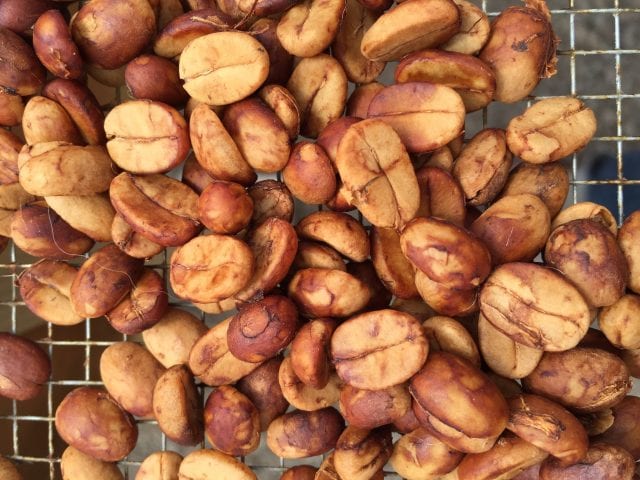 Why Do We Need to Talk About Fermentation?

One thing that Sasa is firm about is that we know so little about fermentation – but it’s so important.

At Re;co, he said, “While travelling all over the world, tasting coffees and experimenting with processing with over 50 producers, and also on my farms, I realised that there are a lot of inconsistencies in traditional processing techniques. And most of these inconsistencies are coming from fermentation.”

In fact, he explains, “[Fermentation] is where we have increased, and also decreased, the quality of coffee, in some instances, by eight points.” When most specialty coffees cup somewhere between 80 and 92 points out of 100, eight points is a phenomenal difference. 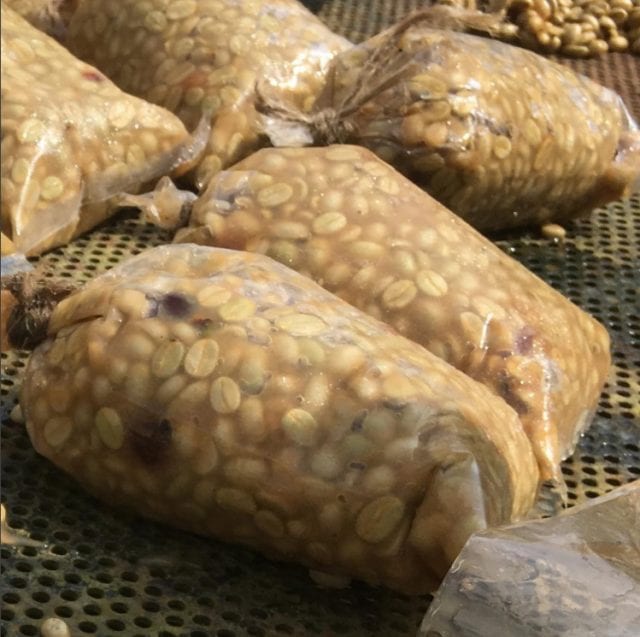 Simply put, fermentation is when sugars and starches are broken down and become acids or alcohol.

Let’s look at this in a little more detail. Sasa tells me that yeast and bacteria are important for fermentation to occur.

The yeast, he tells me, is called Sacromises cerevisiae. “This is a microorganism and it is a natural, wild yeast that is also found in grapes, cacao beans, and other fruits. It’s present in winemaking, cacao bean processing, and also coffee processing.”

As for the bacteria, it’s called Lacto bacillus.

“During natural fermentation in coffee, there are different biological processes that occur in which enzymes produced by the yeast and bacteria start breaking down the sugars in the mucilage,” Sasa explains.

“So, the sugar degrades its lipids, proteins, and acids, and converts them into alcohol acidic acids. This changes its smell, colour, pH, and the composition of the mucilage.”

He also tells me that there are different types of fermentation around the world, but two in particular deserve attention: dry and wet fermentation.

The ingredients for fermentation, a slide from Sasa Sestic’s 2017 Re;co presentation.

“This is where we pulp and place the parchment in concrete tiled pools,” Sasa says. “This fermentation will help encourage sweet, chocolate and fruity characters out of coffee.”

But it comes with a challenge: controlling temperatures. Since temperature affects the rate of fermentation, Sasa explains that it can negatively affect consistency and flavour.

“In the picture [above] on the left,” he continues, “we have fermented this coffee for 24 hours at an average temperature of 16°C. This coffee tasted great – nice and balanced.

“In the picture on the right, we also fermented for 24 hours but at 26°C, so 10 degrees more.” He then points out the pink in the bean. “This happens when we spend way too much time fermenting the coffee, and alcohol acidity starts dominating fermentation. It results in notes of  vinegar, and dry and metal characters.”

You’ll hear wet fermentation described as double washed, double fermented, Kenyan washed, and more. It’s common to East Africa where it’s known for its cleanliness. But Sasa explains that it adds far more to the cup.

“After we pulp the cherries, we cover the parchment in water. Water will help to extend fermentation time and will result in a softer body, complex acidity, and more refined flavour profile,” he explains. 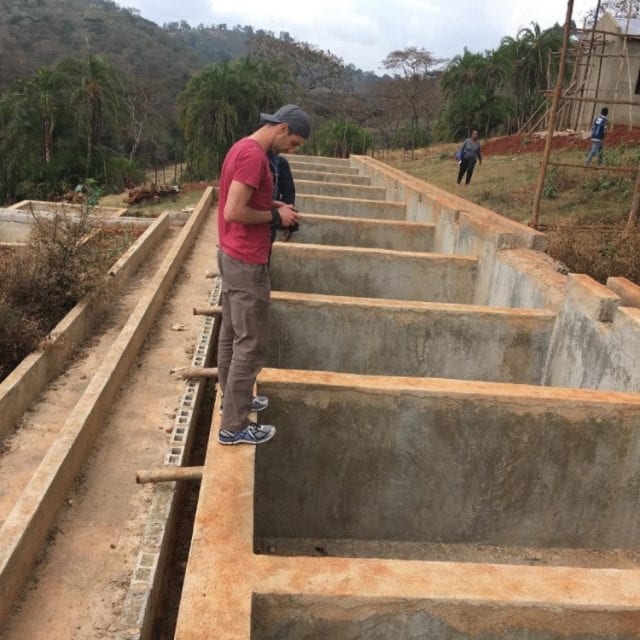 This doesn’t mean there aren’t challenges, of course. Sasa cites inconsistent temperatures and water quality as the main ones.

“A few years ago, I experimented with Raul Riviera from El Salvador, owner of Santa Rosa farm,” he says. “We used rainwater as opposed to spring water for fermentation… The rainwater absorbed a lot more fruit and sugars from the coffee cherries. We decreased our score by 5 points… The coffee simply tasted flat and had no character.”

There is much more to learn about how different types of water affect fermentation, he adds. 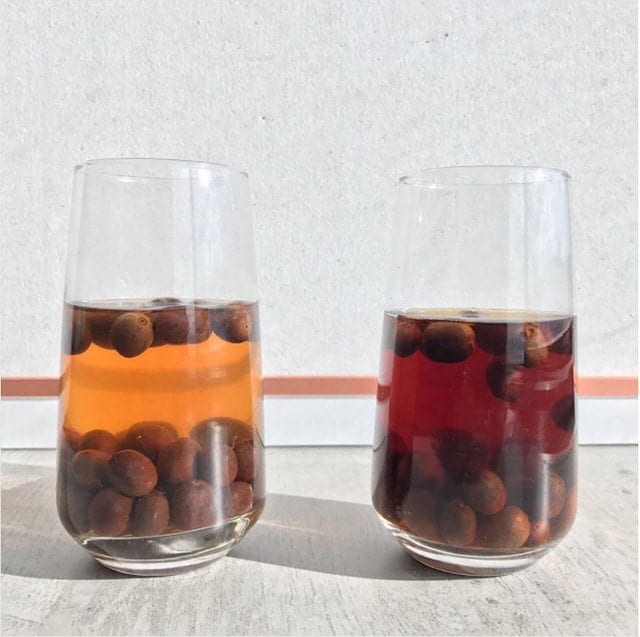 Sasa has been one of several industry leaders experimenting with processing methods, from his new ice processing (the details of which are a closely kept secret until his book on it is published) to his famous carbonic maceration.

With little research to build on in the coffee industry, he looked to wine and beer instead. “One man, in particular, helped me and inspired me,” he says. “His name is Tim Kirk and he’s the owner of Clonakilla Winery, which is a beautiful winery located near Canberra, my home.

“When I visited Tim for the first time, I was so impressed with his set-up. He knows the exact rainfall on his vineyards, as well as the wind temperatures and exactly how this impacts the flavour profile of his wine. I found this fascinating. I had never seen anyone with such a thorough understanding of climate and how it affects their product.”

But Tim didn’t just understand the impact of climate – he controlled it.

“Tim controls the temperature and humidity of the environment for fermentation. He explained to me that with different temperatures and also times he can achieve different flavour complexities in his wine.

“He uses double-insulated stainless containers to increase the clarity of fermentation. The pH, alcohol and carbon dioxide are monitored and recorded to ensure he achieves the consistency he desires.”

It’s this data-driven approach that drove Sasa to change how he processed coffee. 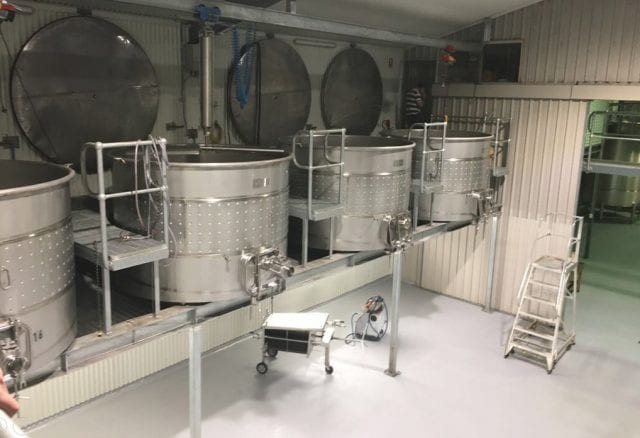 “Imagine the best attributes of washed and natural process coffees in one cup, with amplified terror and varietal characteristics,” Sasa says.

“I wanted to create a technique where we can enhance aroma, flavour… tailor the taste balance of acidity and sweetness. And also, even more importantly, I wanted to create a process that we can replicate at farm level every single time, just like Tim does with his wines.”

Here is his process:

He begins by pulping the cherries in a stainless steel container. “The reason we use stainless is because we can create a cleaner taste profile,” he adds. “Also, an added benefit is that we can move the containers between different rooms with different temperatures; also, we can completely seal these containers.”

The next step is to move the containers indoors, where the temperature is easier to control. He is still collecting more data to further understand the impact of this.

However, he has already gained some valuable insights: “If we wish to have a complex acidity, we should ferment at a lower temperature, 4–8°C. For more sweetness, use a higher temperature, 18–20°C.” 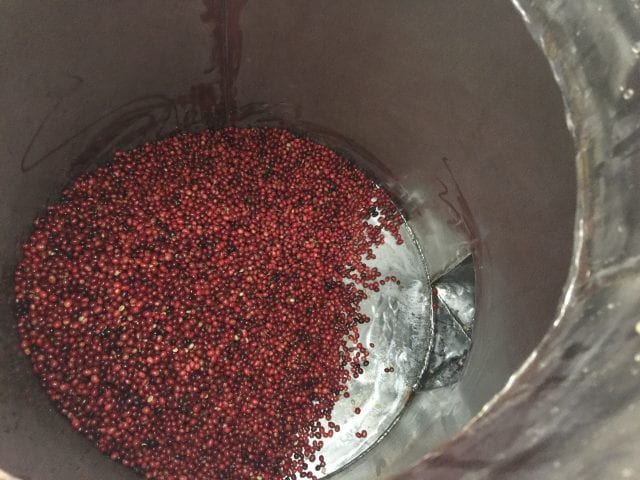 Next, the container should be sealed. “In my experience, this develops more aromatics and adds more floral notes to the coffee,” Sasa explains.

Finally, he injects carbon dioxide: a crucial step. “The reason why I have decided to flush carbon dioxide is because, without oxygen, we slow down the breaking down of sugars from the mucilage dramatically. The pH also drops at a lot slower pace, which means we encourage  less alcohol acidity.

“Carbon dioxide helps me to extend fermentation by up to 3 days at 22°C, and even longer at lower temperatures, without getting dryness and a vinegar taste – which is normally the case with three days of dry fermentation.”

Just like Tim, Sasa is determined to measure everything. “We also measure and record the pH, carbon dioxide, temperature of fermentation… and we can replicate the profile every time.” 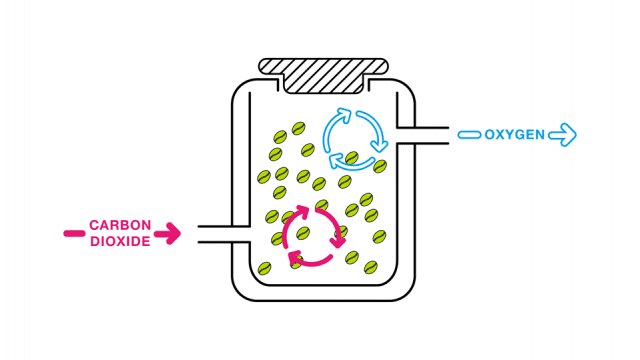 Sasa is not content to rest on his laurels: he is driven to find even more ways to improve coffee flavours through fermentation.

“Last year, I tasted coffee from Jamison Savage in Panama Morgan estate and the coffee was beautiful. But I wanted more sweetness, and more depth, and even more floral characters. So after few bottles of wine, we decided to do carbonic maceration process.”

The result? More sweetness, more texture, and a more distinct flavour profile. “We improved the coffee by 2.5 points,” Sasa says. 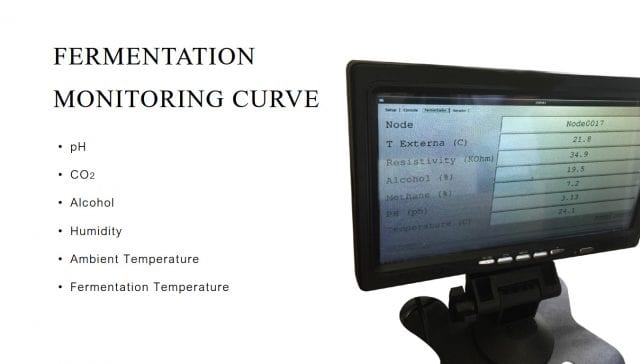 He is left excited by the flavours of the carbonic macerated coffees, and the opportunities they offer – to consumers, to baristas and competitors, and to producers who, he believes, can receive consistently good prices this way.

“Personally, I believe that there is no perfect coffee varietal, and there is no perfect process,” Sasa says. “However, if we can better understand the potential for flavour complexities in different varietals,  their strengths and weaknesses, and with carbonic maceration process or other controlled fermentations, we can try to highlight these strengths and improve weaknesses.  And once we have the perfect recipe [for fermentation], we can replicate this flavour profile.”

Written by Tanya Newton with thanks to Sasa Sestic of Project Origin.